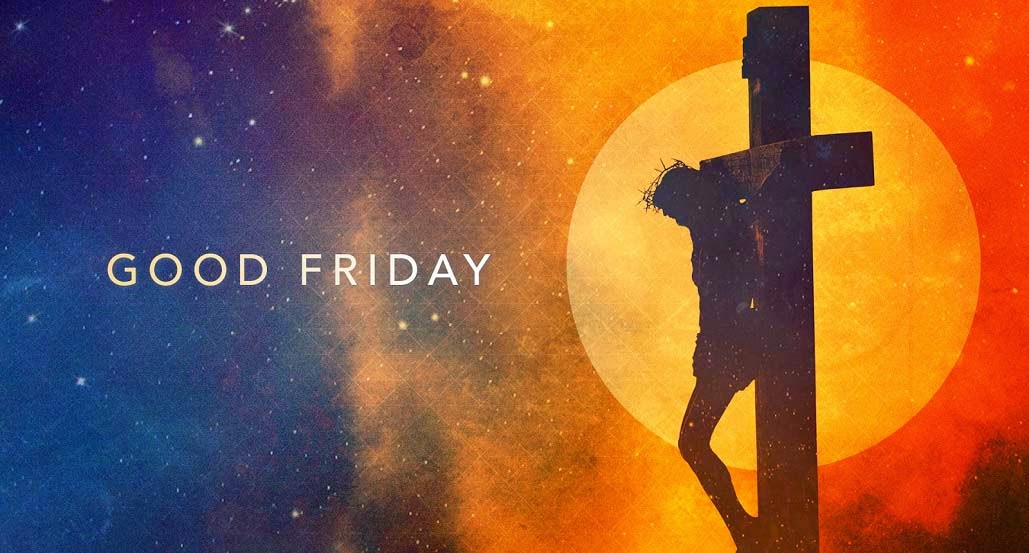 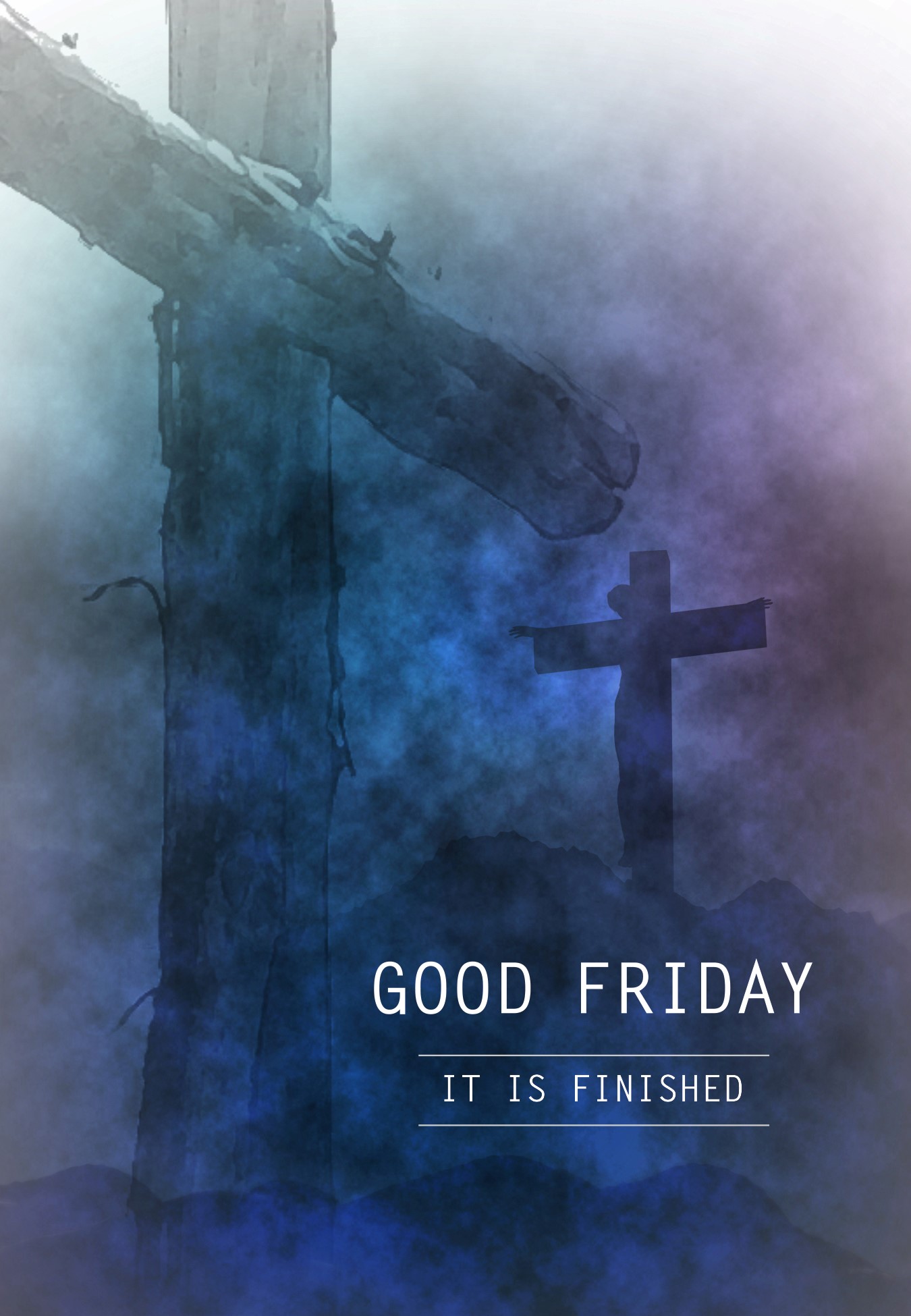 PRAYER OF THE DAY

Almighty God, look with loving mercy on your family, for whom our Lord Jesus Christ was willing to be betrayed, to be given over to the hands of sinners, and to suffer death on the cross; who now lives and reigns with you and the Holy Spirit, one God, forever and forever.

FIRST LESSON Isaiah 53
1Who has believed what we have heard? And to whom has the arm of the LORD been revealed? 2For he grew up before him like a young plant, and like a root out of dry ground; he had no form or majesty that we should look at him, nothing in his appearance that we should desire him. 3He was despised and rejected by others; a man of suffering and acquainted with infirmity; and as one from whom others hide their faces he was despised, and we held him of no account. 4Surely he has borne our infirmities and carried our diseases; yet we accounted him stricken, struck down by God, and afflicted. 5But he was wounded for our transgressions, crushed for our iniquities; upon him was the punishment that made us whole, and by his bruises we are healed.

6All we like sheep have gone astray; we have all turned to our own way, and the LORD has laid on him the iniquity of us all. 7He was oppressed, and he was afflicted, yet he did not open his mouth; like a lamb that is led to the slaughter, and like a sheep that before its shearers is silent, so he did not open his mouth. 8By a perversion of justice he was taken away. Who could have imagined his future? For he was cut off from the land of the living, stricken for the transgression of my people. 9They made his grave with the wicked and his tomb with the rich, although he had done no violence, and there was no deceit in his mouth. 10Yet it was the will of the LORD to crush him with pain. When you make his life an offering for sin, he shall see his offspring, and shall prolong his days; through him the will of the LORD shall prosper. 11Out of his anguish he shall see light; he shall find satisfaction through his knowledge. The righteous one, my servant, shall make many righteous, and he shall bear their iniquities. 12Therefore I will allot him a portion with the great, and he shall divide the spoil with the strong; because he poured out himself to death, and was numbered with the transgressors; yet he bore the sin of many, and made intercession for the transgressors.

16bSo they took Jesus; 17and carrying the cross by himself, he went out to what is called The Place of the Skull, which in Hebrew is called Golgotha. 18There they crucified him, and with him two others, one on either side, with Jesus between them. 19Pilate also had an inscription written and put on the cross. It read, ‘Jesus of Nazareth, the King of the Jews.’ 20Many of the Jews read this inscription, because the place where Jesus was crucified was near the city; and it was written in Hebrew, in Latin, and in Greek. 21Then the chief priests of the Jews said to Pilate, ‘Do not write, “The King of the Jews”, but, “This man said, I am King of the Jews.” ’ 22Pilate answered, ‘What I have written I have written.’

23When the soldiers had crucified Jesus, they took his clothes and divided them into four parts, one for each soldier. They also took his tunic; now the tunic was seamless, woven in one piece from the top. 24So they said to one another, ‘Let us not tear it, but cast lots for it to see who will get it.’ This was to fulfill what the scripture says, ‘They divided my clothes among themselves, and for my clothing they cast lots.’ 25And that is what the soldiers did. Meanwhile, standing near the cross of Jesus were his mother, and his mother’s sister, Mary the wife of Clopas, and Mary Magdalene. 26When Jesus saw his mother and the disciple whom he loved standing beside her, he said to his mother, ‘Woman, here is your son.’ 27Then he said to the disciple, ‘Here is your mother.’ And from that hour the disciple took her into his own home.

28After this, when Jesus knew that all was now finished, he said (in order to fulfill the scripture), ‘I am thirsty.’ 29A jar full of sour wine was standing there. So they put a sponge full of the wine on a branch of hyssop and held it to his mouth. 30When Jesus had received the wine, he said, ‘It is finished.’ Then he bowed his head and gave up his spirit.

31Since it was the day of Preparation, the Jews did not want the bodies left on the cross during the sabbath, especially because that sabbath was a day of great solemnity. So they asked Pilate to have the legs of the crucified men broken and the bodies removed. 32Then the soldiers came and broke the legs of the first and of the other who had been crucified with him. 33But when they came to Jesus and saw that he was already dead, they did not break his legs. 34Instead, one of the soldiers pierced his side with a spear, and at once blood and water came out. 35(He who saw this has testified so that you also may believe. His testimony is true, and he knows that he tells the truth.) 36These things occurred so that the scripture might be fulfilled, ‘None of his bones shall be broken.’ 37And again another passage of scripture says, ‘They will look on the one whom they have pierced.’

38After these things, Joseph of Arimathea, who was a disciple of Jesus, though a secret one because of his fear of the Jews, asked Pilate to let him take away the body of Jesus. Pilate gave him permission; so he came and removed his body. 39Nicodemus, who had at first come to Jesus by night, also came, bringing a mixture of myrrh and aloes, weighing about a hundred pounds. 40They took the body of Jesus and wrapped it with the spices in linen cloths, according to the burial custom of the Jews. 41Now there was a garden in the place where he was crucified, and in the garden there was a new tomb in which no one had ever been laid. 42And so, because it was the Jewish day of Preparation, and the tomb was nearby, they laid Jesus there

THE MESSAGE  from Bishop Selbo

THE LORD’S PRAYER
Our Father, who art in heaven, hallowed be thy name, thy kingdom come, thy will be done, on earth as it is in heaven. Give us this day our daily bread; and forgive us our trespasses, as we forgive those who trespass against us; and lead us not into temptation, but deliver us from evil. For Thine is the kingdom, and the power, and the glory, forever and ever. Amen.